Every year there are at least 68 major religious holidays celebrated around the world. You’ve probably heard of some of them: Christmas, Diwali, Ramadan, Yom Kippur and Hanukkah, just to name a few. According to data collected by religion researchers, there are around 4,200 belief systems in the world today, so these 68 holidays barely scratch the surface of world religion. Plus, cultural holidays are a completely different ballgame, so adding those to the list just shows how wildly diverse and rich the world is.

Knowing more about world religions and world cultures is a perfect way to expand your horizons, find commonalities with others and become a more understanding person. It’s easy to become fixated on what we are surrounded with because there seems to be no reason to do otherwise, especially around the holiday season, but the reality is that the world is becoming smaller and smaller each day. The United States is home to people from all over the world, and it’s vital to embrace all religions and beliefs as part of life today.

So, in this holiday season, let’s remember the many cultures and religions that have holidays this month, too.  To help you out, here is a handy guide to some of the major cultural and religious holidays in December.

Although Christmas is now mostly celebrated as a cultural holiday rather than a religious one, it is a Christian-based holiday. Christians prepare to celebrate Jesus Christ’s birth through the Advent season (Dec.1-24), during which reflection on scripture, songs of praise and self reflection are practiced. The culmination of the season is on Dec. 25, the day on which Christ’s birth is celebrated.

The cultural celebration of Christmas is vastly different from the religious celebration, although the two are now closely intertwined and celebrated jointly. Roman historians from the fourth century reference Dec. 25 as the celebration of Jesus Christ’s birth, although the exact date of birth is still unknown and disputed. The date coincides with the end of harvest and the winter solstice, often referred to as Yule, which is where the traditions of decorating trees, giving gifts and celebrating with feasts and song are derived from.

Check out the History Channel’s three-minute documentary on the evolution of this cultural and religious holiday. It’s a great example of how multiple cultures, religions and traditions have contributed to the Western Christmas holiday we know today. 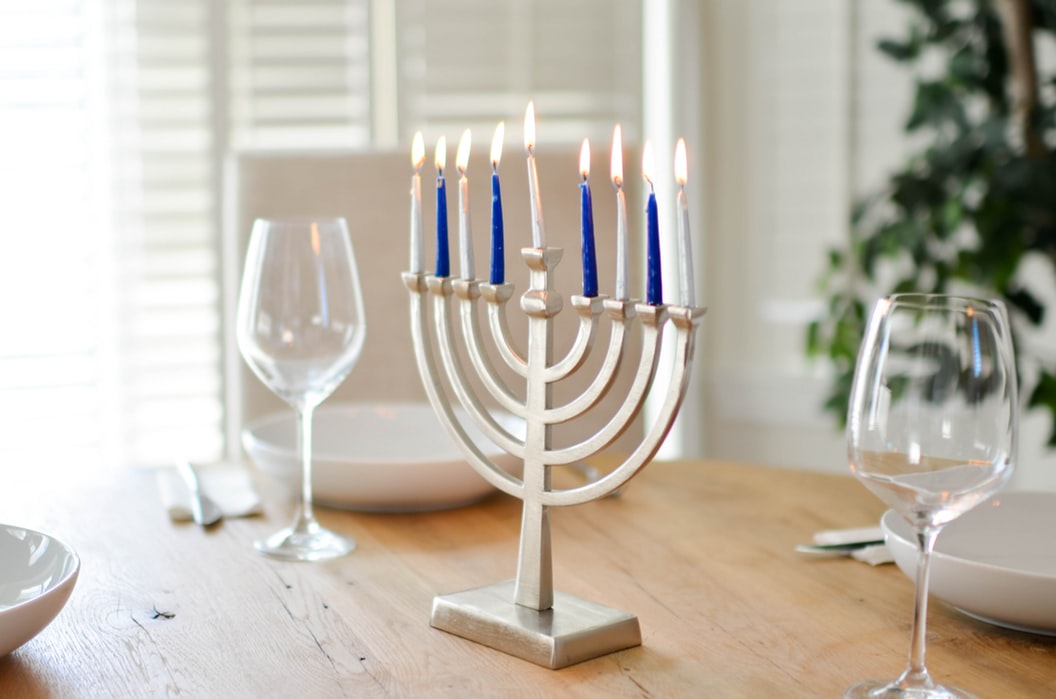 This eight-day Jewish holiday commemorates the re-dedication of the temple in Jerusalem in 165 B.C. Also known as Chanukah or The Festival of Lights, Hanukkah is observed by lighting a candle on a menorah each day of the festival, starting on the 25th day of Kislev (the ninth month in the religious Hebrew calendar). According to historical accounts such as the Books of the Maccabees and the Talmud, Jerusalem’s newly-dedicated and purified Temple held a menorah that burned continuously for eight days and nights, despite only having enough oil for one day. Today, Hanukkah is celebrated by lighting the menorah’s candles, singing songs, eating traditional foods like latkes and jam donuts, and handing out gifts and dreidels.

For more information on Hanukkah and the rich history behind this Jewish holiday, check out this comprehensive article!

Believe it or not, this African-American holiday is only about 55 years old! Dr. Mauluna Karenga established Kwanzaa in 1966 after spending much time researching African harvest traditions.  The holiday combines several different harvest traditions, such as song, dance, feasts and large social gatherings, and the name comes from the Swahili phrase “matunda ya kwanza,” meaning “first fruits.”

Kwanzaa is celebrated over seven days, culminating with a feast on the last day, Dec. 31. Each night, families light one of seven candles on a Kinara, symbolizing the seven principles of Kwanzaa. Other traditions include giving gifts, hanging up the Pan-African Flag and displaying African art.

Check out this video for a quick but comprehensive history of Kwanzaa.

The importance of starting a new year fresh is a central theme of traditional Ōmisoka activities. These activities can include repaying debts, cleaning and decluttering houses and purifying oneself from evil spirits and bad luck before the year comes to a close. Long noodles called toshikoshi are prepared and eaten with family and friends to symbolize the transition of years, which is what “toshi-koshi” means (“crossing over from one year to the next”). At midnight, many people visit Shinto or Buddhist shrines and temples to ring in the new year. Many people also enjoy watching a nationally-broadcasted singing battle called NHK Kōhaku Uta Gassen (here’s a short clip of one 2017 performance), which references old traditions of revering the golds of the old and new years.

Bad luck or misfortunes should not be carried over to the new year, so Ōmisoka is an important day which will determine the good fortunes of the next year.

Check out this article on Ōmisoka traditions and activities to find out more about this traditional Japanese holiday!

These holidays are only a few of the thousands that take place around the world each year. You’ve probably heard of them before, though, so now you know a little more about what others are celebrating with their loved ones.

If you celebrate a holiday that we haven’t written about here, then let us know! We would love to find out more about how YOU celebrate cultural and religious holidays this season.

Whether you find yourself in a temple, mosque, church or shrine, we wish you the happiest of holidays and a splendid new year ahead!

How to Compost in Your Apartment

Bloody Mary Variants You Have to Try at Home

Creative Ways to Hit Your Step Goal in an Apartment