If you live in our luxury Chicago apartments, then you’ve probably walked across or alongside the Chicago River hundreds of times. You’ve seen it dyed green on St. Patrick’s Day, you may have seen it dyed blue for the Chicago Cubs rally in 2016 and you’ve undoubtedly meandered its banks on sunny days.

“Why does one reverse a river?” you ask. Well, it involves plenty of dams, plenty of engineering and plenty of planning. There’s so much planning, in fact, that the system used to reverse the Chicago River is considered a "civil engineering monument of the millennium" by the American Society of Civil Engineers.

Here’s the reason why the Chicago River switched directions, changing the course of both its water and its history.

Why does the Chicago River run backward?

Chicago is the third-largest city in the United States after New York City and Los Angeles. It’s no surprise, considering the city served as a major transportation hub between the eastern and western U.S. ever since its early days as a small town in the mid-19th century.

A large part of what made Chicago such a strategic location is the city’s proximity to the Chicago Portage, which is a natural water gap that connects the Mississippi River and the Great Lakes, making it a convenient travel and trading route.

Although Illinois isn’t necessarily known for its mountainous terrain, there is a continental divide that snakes around the south side of the Great Lakes, creating a high point from which water flows away. Rivers and snowmelt to the north of the Saint Lawrence River Divide would flow into the Great Lakes and the St. Lawrence River, while water flowing to the south of the divide would eventually make its way down to the Gulf of Mexico.

Because of the Chicago Portage, railroads could pass through the gap and shipping could leave Chicago for both the Great Lakes region and the southeast United States.

Basically, Chicago’s prime location meant that the city grew incredibly quickly and, if history has told us anything, densely-populated areas with a large industrial boom can grow more than just trade: they are the perfect place for growing disease.

The Chicago River during the 19th century

The Chicago River starts its journey from as far north as Park City, Illinois. Three forks join at the Chick Evans Golf Course (just a few miles away from our Evanston apartments for rent!) to create the North Branch which flows into the city center. The North Branch joins the South branch at Wolf Point in Chicago (not far from our River North apartments!), and the two rivers flow happily into Lake Michigan where they empty out.

At least, that’s how it used to work.

Chicago’s main water supply has always, unsurprisingly, been Lake Michigan, not the Chicago River. During the Industrial Revolution, the Chicago River became polluted with animal waste, sewage, factory runoff and general filth. The river became a breeding ground for diseases like typhoid, cholera and dysentery, and because it flowed east through the city, so did the Lake.

In 1852 and 1854, Chicago experienced waves of Cholera epidemics which killed over 1,600 residents. The spread of the sickness was attributed to the diseases in the drinking water which traveled from the Chicago River. In the decades that followed, diseases such as scarlet fever, bronchitis, pneumonia and whooping cough made their rounds through the city. Although the Chicago River’s pollution wasn’t the primary cause for these other diseases, the general filth and pollution running rampant in the city had to be addressed for the sake of the people’s livelihoods.

By 1856, the people of Chicago knew that they needed to improve their sanitary conditions. The city built and installed a city-wide sewerage system — the first of its kind in the United States — that worked by raising the level of Chicago’s streets and buildings to help with sewage flow. While the project did result in cleaner streets and cleaner conditions in the city, the leftover waste and sewage flowed even more freely into the Chicago River.

That one time I was running around Chicago freezing 🥶🥶🥶

The idea of reversing the Chicago River’s flow came about by accident in 1871 after water was pumped into the Illinois and Michigan canal to keep the canal’s water levels consistent for travel. Pumping the water out of the river temporarily reversed the direction of the flow, and thus sparked the idea of a more permanent reversal. The Sanitary District of Chicago (now known as the Metropolitan Water Reclamation District of Greater Chicago) was created not long after this in May 1889.

The project was a monumental one and required plenty of creative problem-solving. Steam-powered shovels and dynamite were used to blast away the ground, and over 42 million cubic yards of earth were moved to create this historic canal.

Oh, and in case you’re wondering how much 42 million cubic yards of dirt is, it’s enough to fill two city blocks as high as the Willis Tower. Yeah, it’s a lot.

The project was anticipated to last just four years and end in 1896, but it wasn’t until 1900 that construction was complete. The very last dam in the 28-mile-long canal was destroyed on January 2, and the Chicago River changed its course forever.

The newly-built canal connecting Lake Michigan and the Des Plaines river was called the Chicago Sanitary and Ship Canal (CSSC), and for the first time there was a continuous waterway connection from the Great Lakes to the Gulf of Mexico. Pollution no longer emptied out into Lake Michigan, and Chicago once again had clean drinking water.

Fun fact: the monumental techniques and innovative ideas used in building the CSSC is now known as the “Chicago School of Earth Moving”, and these same techniques became invaluable in the building of the Panama Canal just a few years later.

So, next time you’re meandering over the Chicago River, stop and think about how different life must have been like to require a river to change course completely. The story has certainly made Chicago a better place because of it. 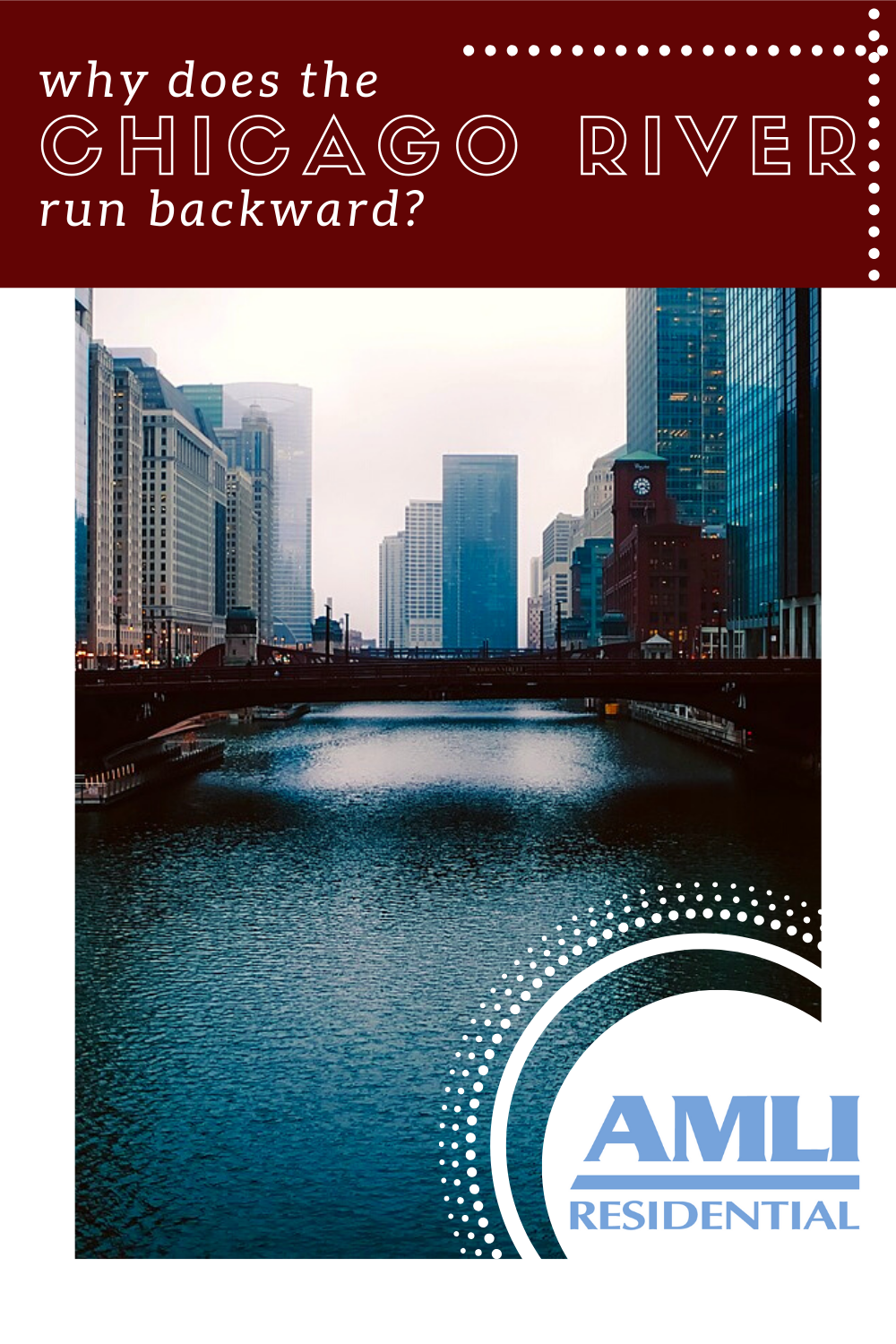 All You Need To Know About The Dallas CityPASS

Reasons Why Living in Seattle Is The Best